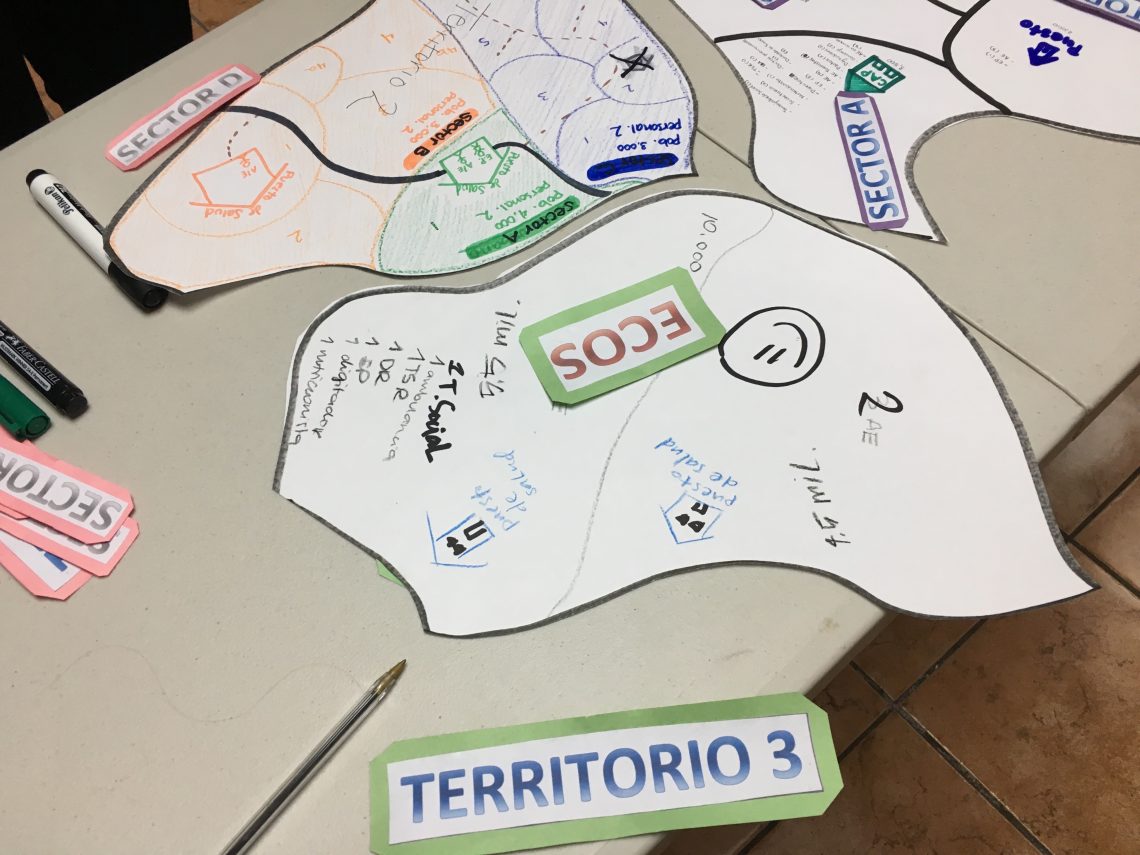 A couple weeks ago, the director of my health center informed me that a new worker would be arriving at the health center, the Guatemalan Ministry of Health was sending someone who would be helping us implement a new paradigm for the delivery of health care in rural areas of Guatemala called the “MIS” (Modelo Incluyento de Salud), or in English the Inclusive Health Model. I was quite pleased as the MIS promotes activities that are similar to core Peace Corps activities, such as promoting the formation of women’s groups and the work of local health commissions. Would I be working closely with the new worker on forming some more women’s groups?

Last Monday, as I ascended the mud road to our health center, I spotted at a distance two health care workers, dressed in give-away brown clothing indicating their status as auxiliary nurses (similar to LPNs or licensed practical nurses in the U.S.) riding a motorcycle to the health center. Oddly . . . I didn’t recognize either of them. Was the health center hosting a training? My eyes opened as wide as dinner plates with surprise upon the discovery of ten, or so, new workers at the health center who will be helping us implement the MIS! 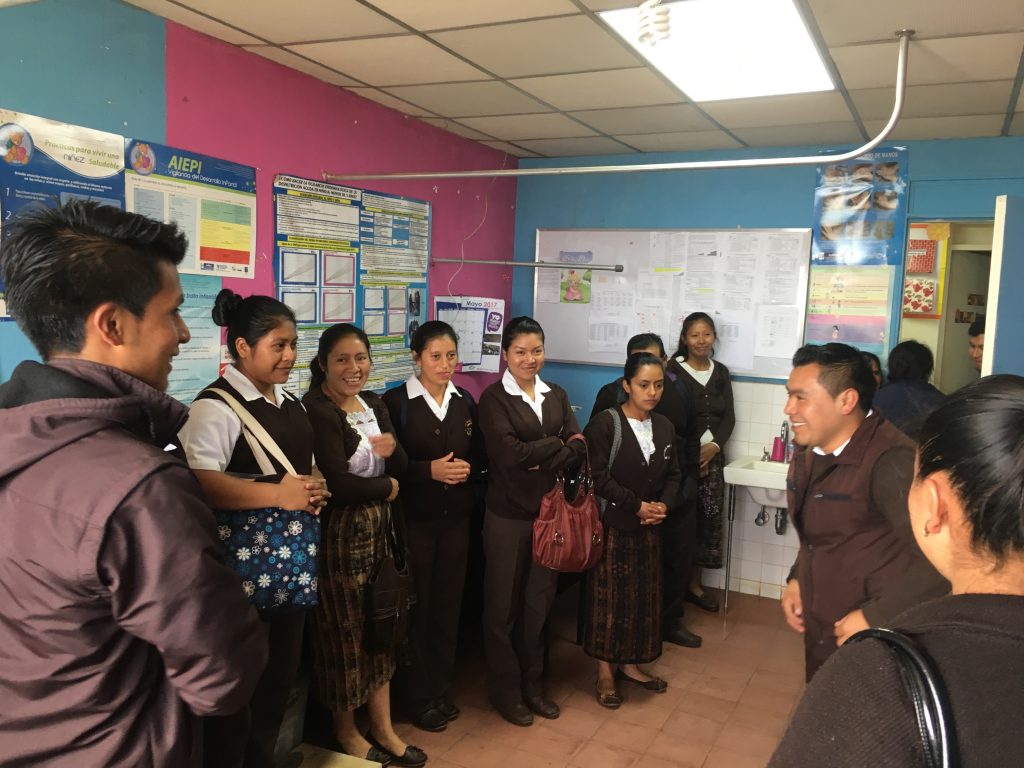 All of these auxiliary nurses were new faces who would now be working in our health center and two health posts. One of the smaller health posts I visit used to have just two auxiliary nurses, then they added a professional nurse, similar to an RN or registered nurses back in the states, and now they added three auxiliary nurses. So, in a little under a year the number of health care staff has tripled! Unsurprisingly, there are plans to build a bigger, and permanent, health post as opposed to the small room we currently are renting. 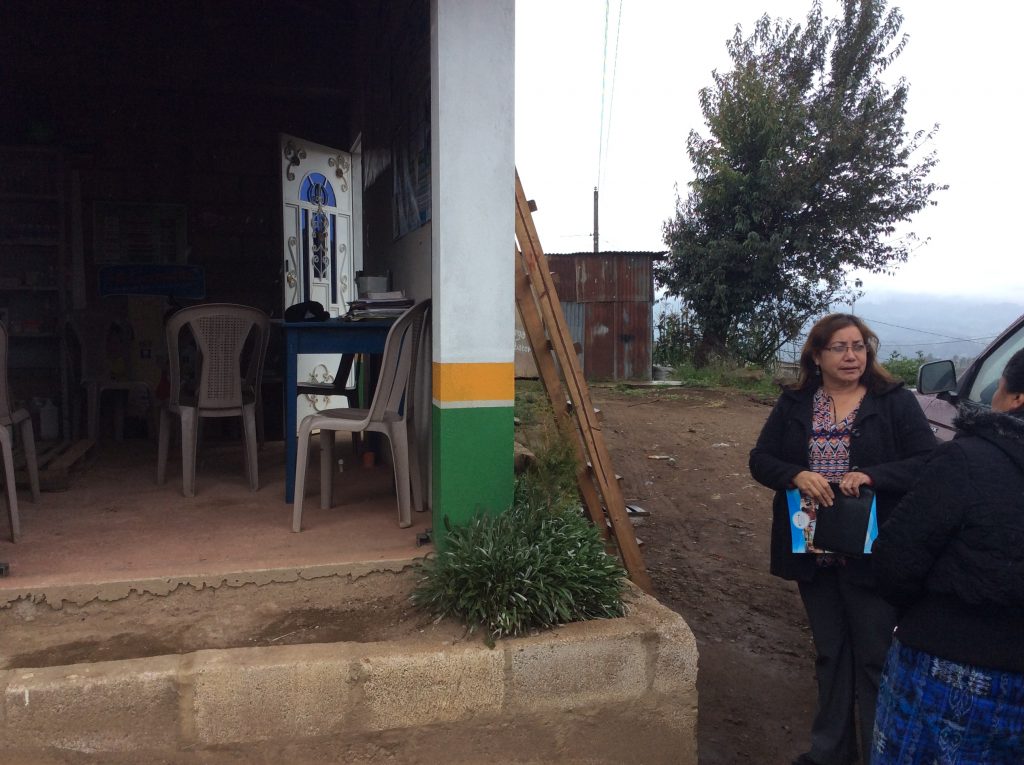 Part of my job will be to train these new healthcare workers on key topics that Peace Corps has volunteers promote in the health centers, such training on behavior change and Peace Corps approach to adult education through the use of interactive health talks.

It’s actually kind of daunting to imagine trying to figure out how to integrate the new health care workers, and to say that we have growing pains might be an understatement. Just last week we celebrated the birthdays of two of the nurses in the health center.

With that many more of us, we’ll need to get another table, or two, when we decide to celebrate something!

But what is the MIS? Including talks at my health center called “consejos technicos”, or technical consults, a meeting of health commissions in my regional capital, and a Peace Corps inter-service training, I’ve sat through three introductions of the MIS, which described in broad details how the program, which has been in development since 1997, hopes to change how health care is delivered by focusing additional resources on not just the health of individual people, but also of families and communities. 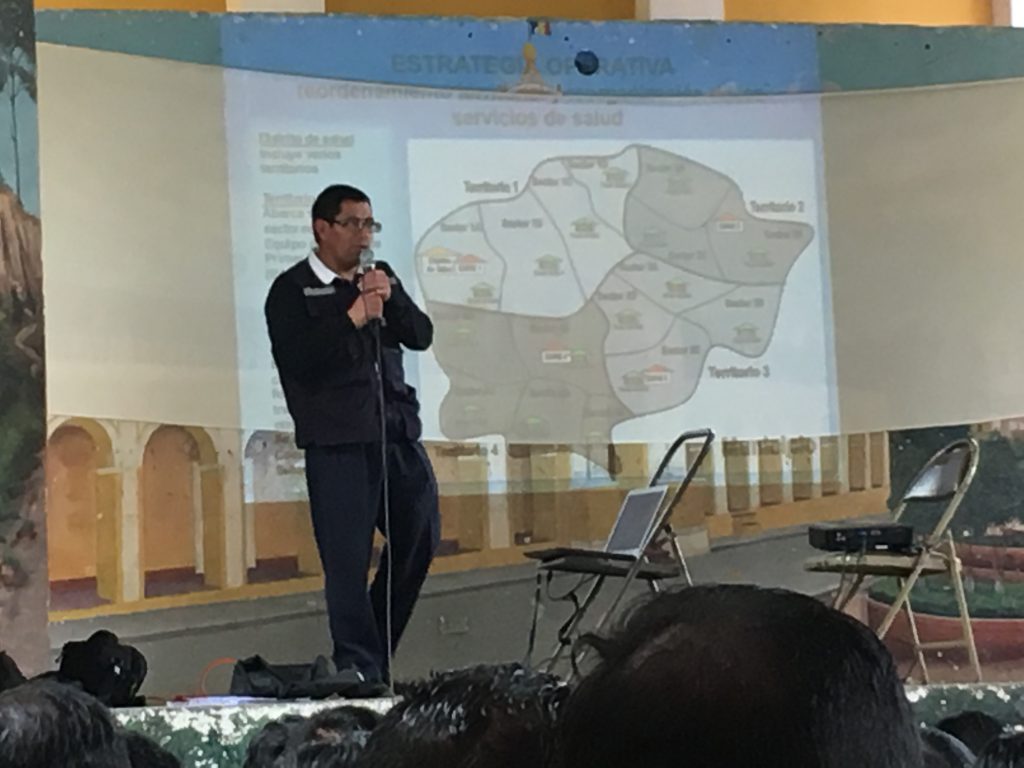 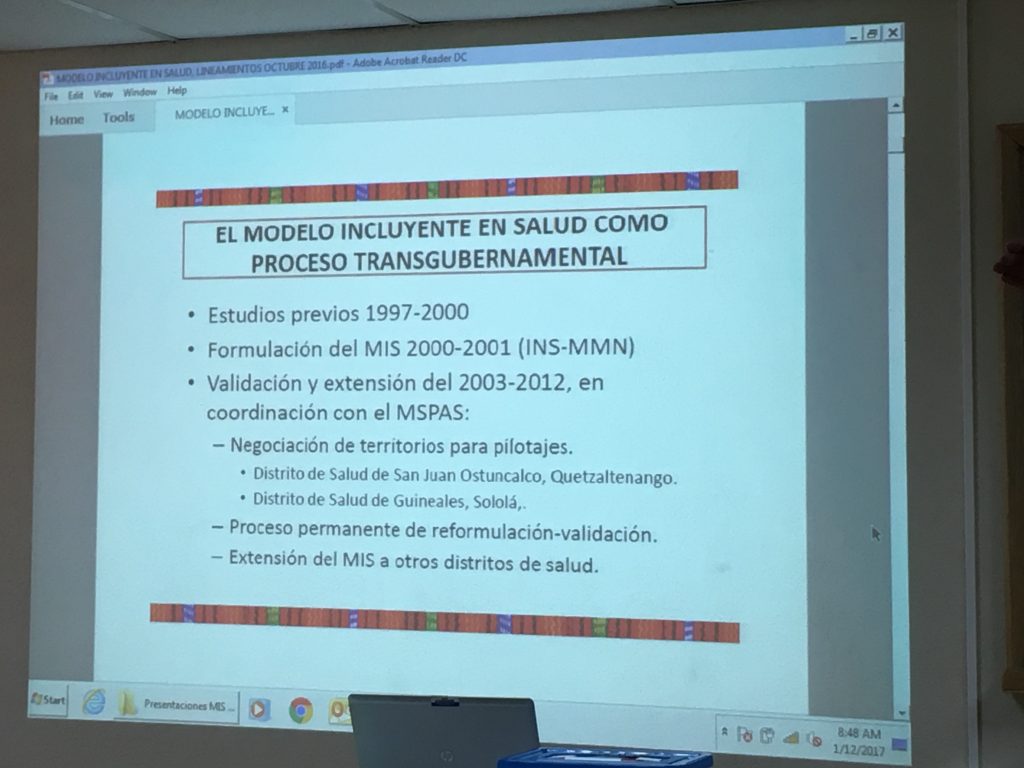 We even did a puzzle (FYI rompecabezas is puzzle in Spanish! And literally means to ‘breaks heads’) activity at our Peace Corps Inter-Service Training where we learned how coverage of communities will be reorganized, geographically, into health “sectors” which will comprise a “territory.” 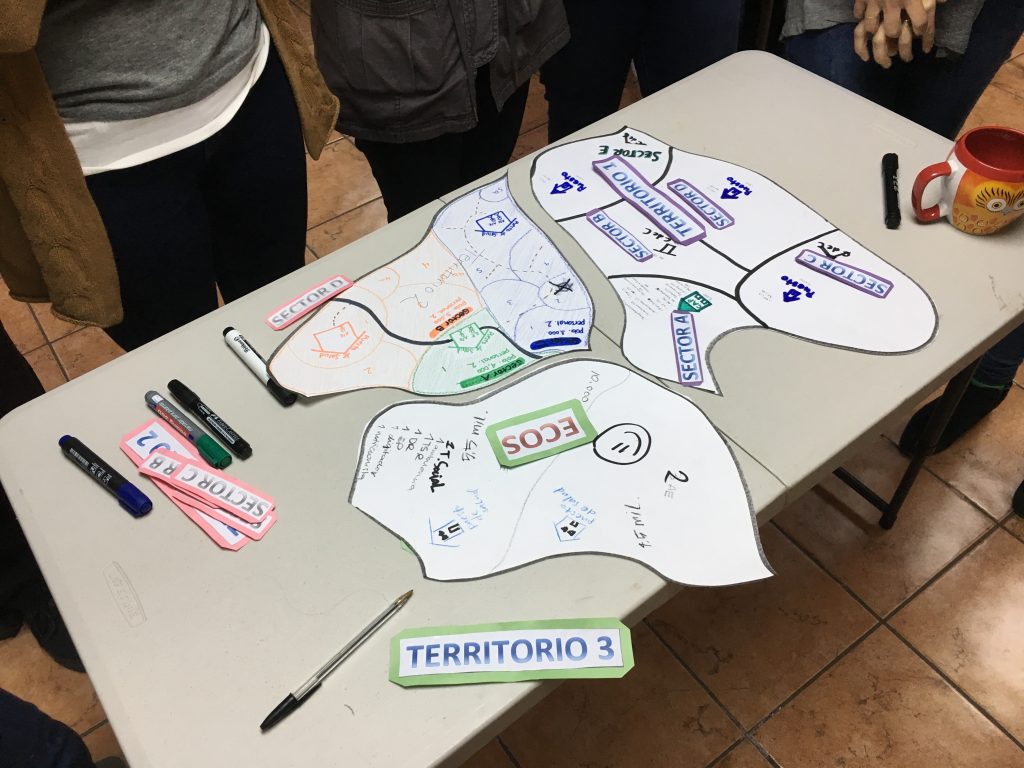 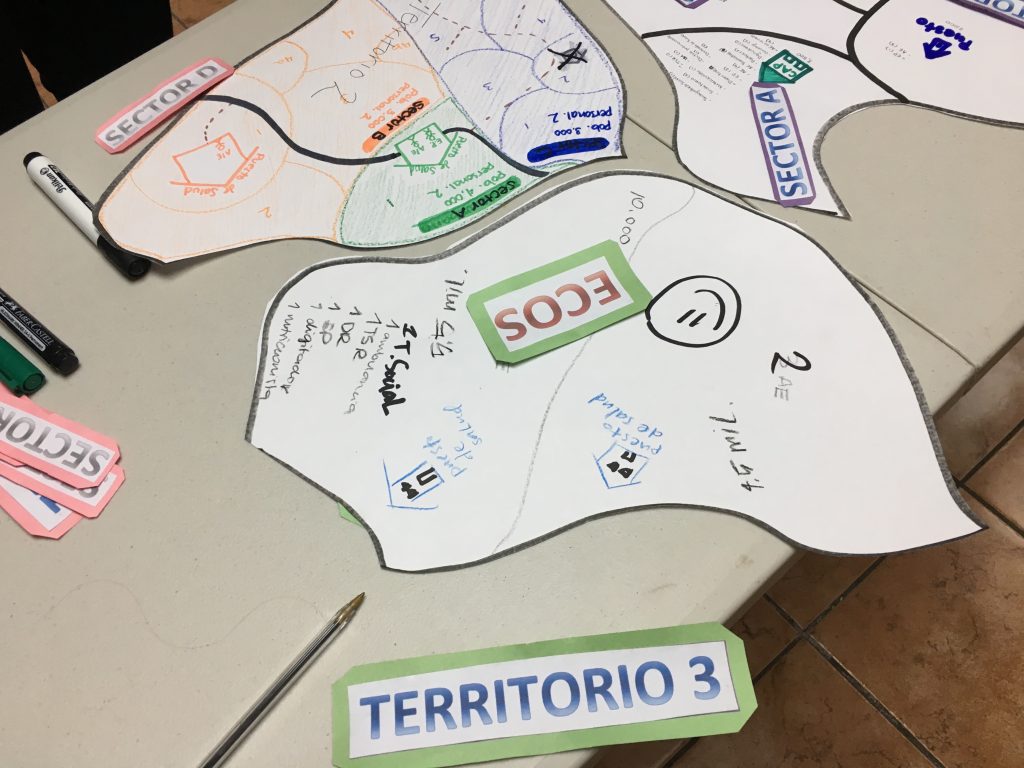 A test-run of the MIS in a pilot study apparently was able to reduce chronic malnutrition by 10%, so this is exciting. However, I’m still not sure how exactly the MIS will be implemented on the ground. Certain activities will undoubtedly continue as usual, such as house visits and going into the community to weigh children.

Given that we have so many helping hands, I’m hoping that this will mean that we’ll able to do more house visits, especially those using the “Rueda de Practicas”, or loosely translated as the Wheel of Daily Health Practices, which reinforces key health promoting behaviors for families, such as hand-washing and knowing the health warning signs in young children which might indicate a serious health condition such as pneumonia. Just a month ago we were presenting the Rueda to a meeting of the city council in my town. 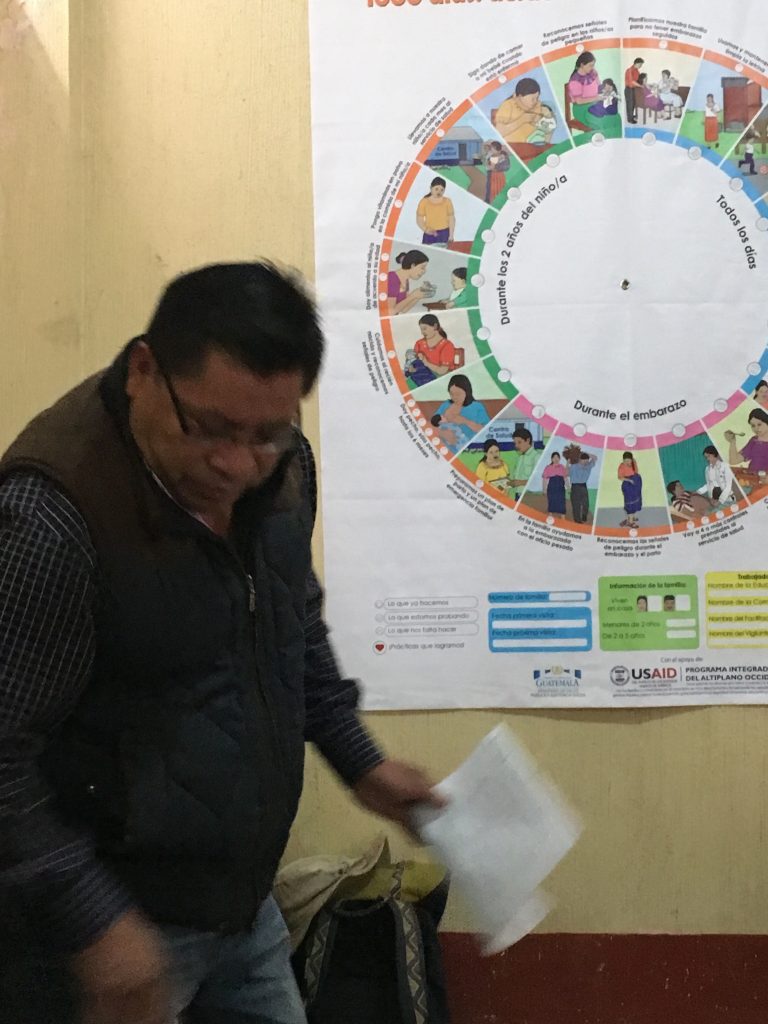 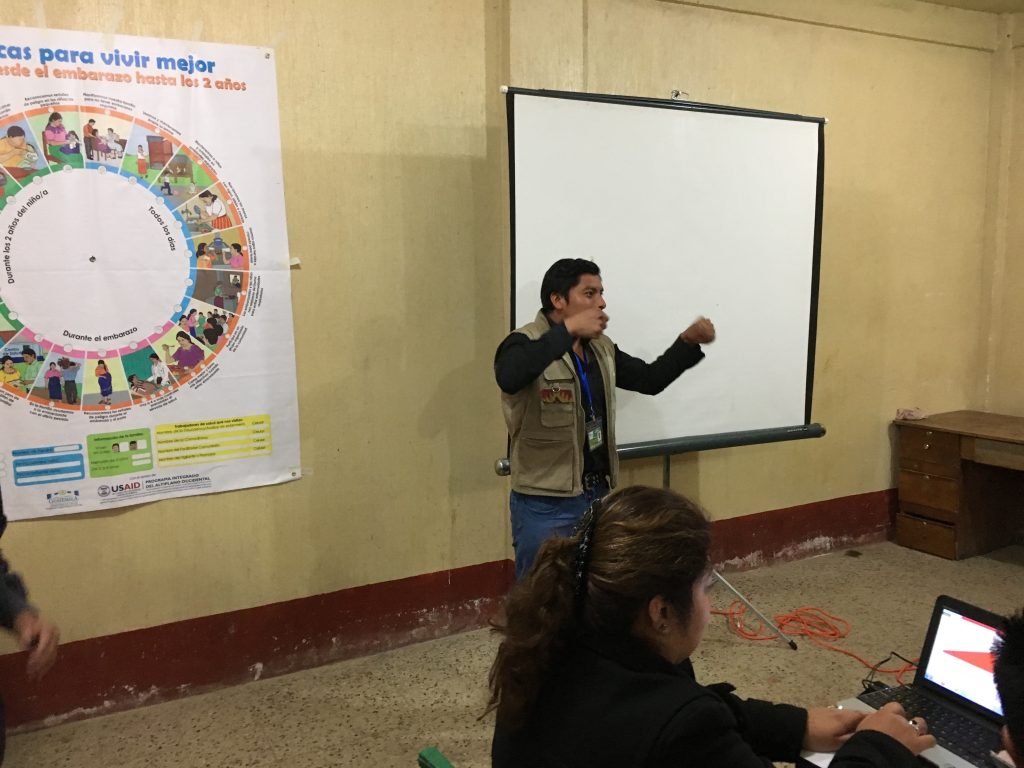 Another side effect of the MIS focus on families and communities, is that the name of my project will be changed from “Maternal and Child Health” to something else, possibly “Family and Community Health,” though much of our project will continue to be focused on improving key maternal and child health indicators such as maternal and child mortality, as well as chronic malnutrition among vulnerable populations such as pregnant women and young children.