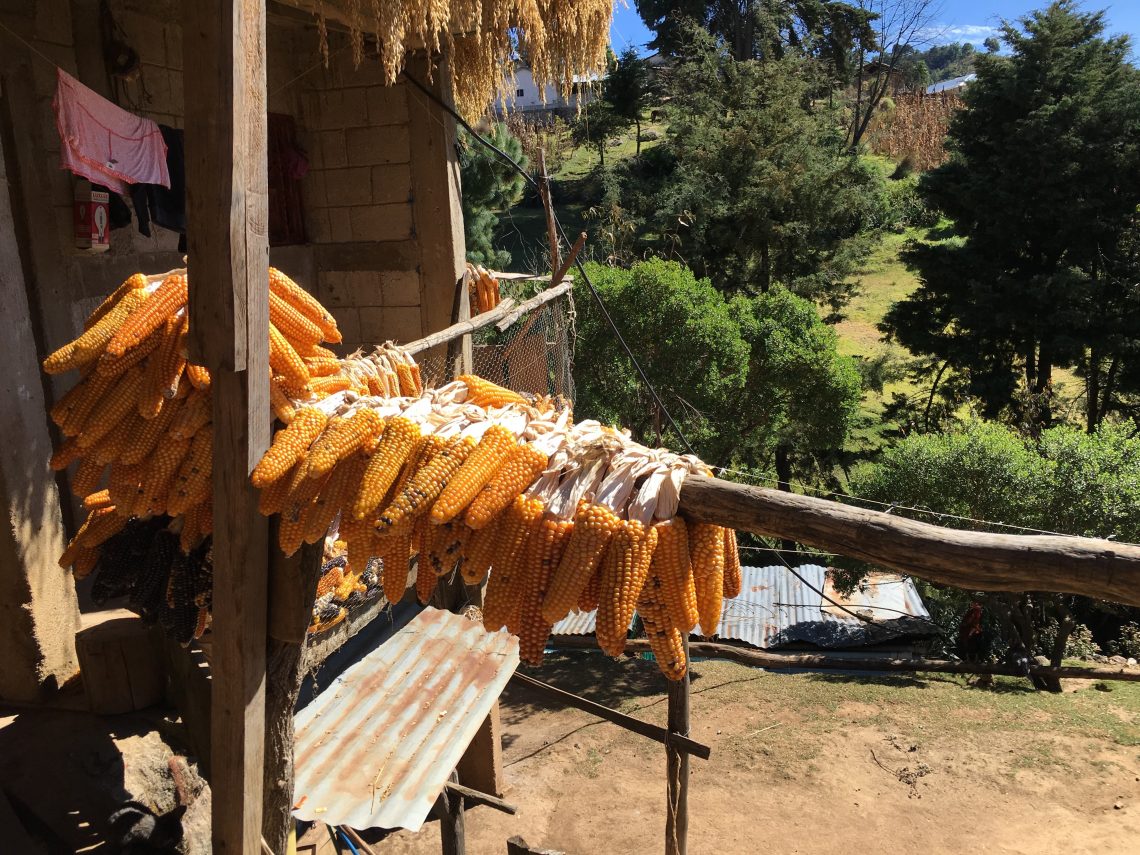 Corn Harvesting Time In My Site!

Every year in late November and early December here in my town in the western highlands of Guatemala, many people are busy harvesting corn, which, at least in my site, is the most commonly grown crop. This is labor intensive work as first cornstalks are cut-down with machetes, or other tools, at a height of about two feet from the ground, and the remaining corn stalks will eventually be bundled in plastic bags to be used to feed farm animals such as cows. 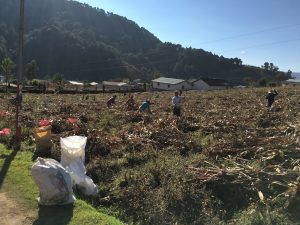 The ears of corn are then separated from the stalk and peeled. Grandparents, fathers, mothers and child will spend hours sitting the cool shade of their house’s patio while they peel corn. 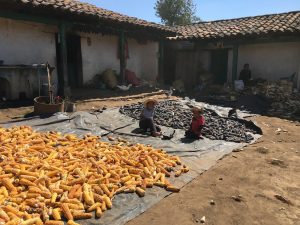 Some people hang a small portion of their corn to dry in the cool breezes. 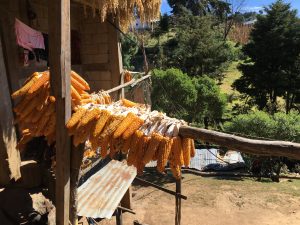 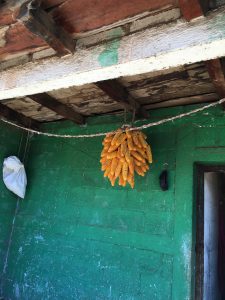 Many use the roofs of their homes to store their corn while it dries. In fact, many of the homes here, which are built with cinder blocks, rebar and cement to withstand earthquakes, have roofs with modest side walls that were built in this fashion specifically to store corn while it dries. 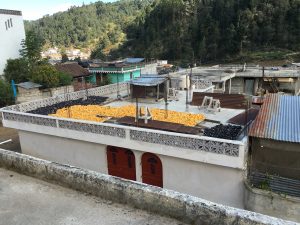 Some people in my town will use the corn they harvested to make food items, such as corn tortillas, during the year, others will sell their corn when they feel they can get a good price, and many will do a combination of these two.