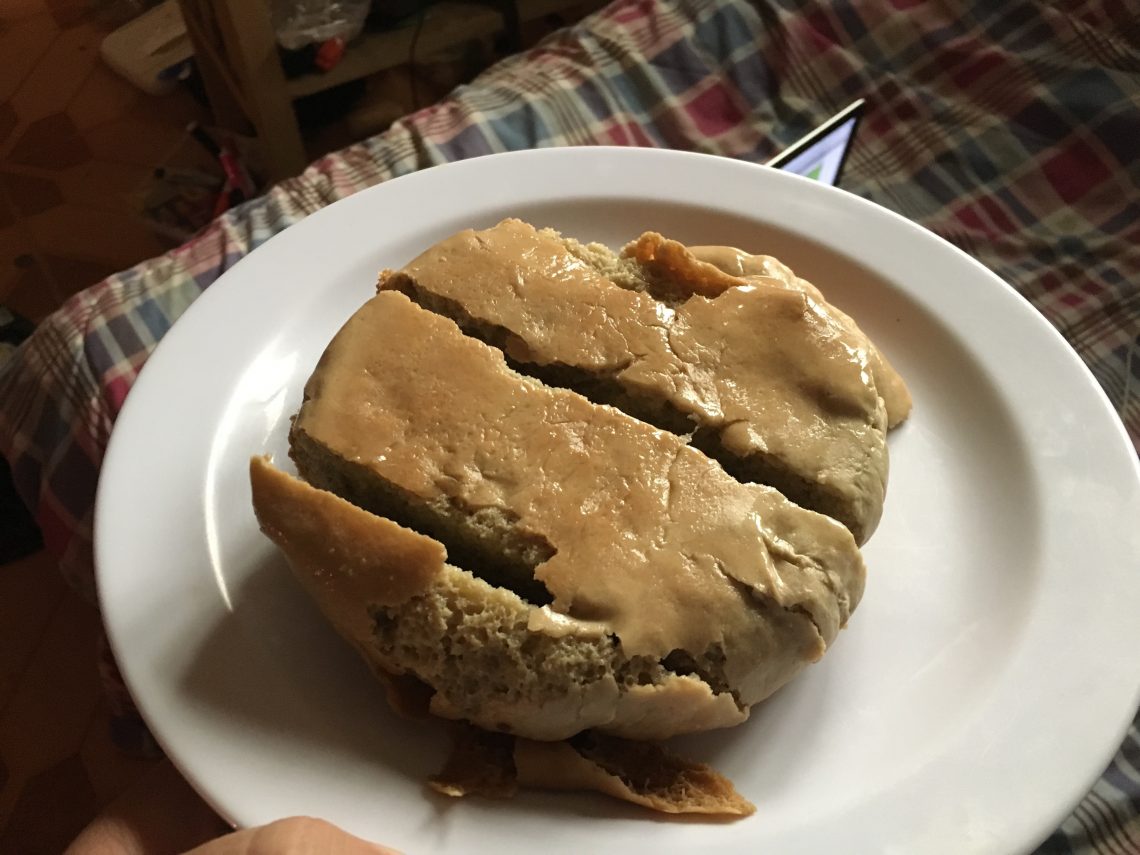 Field Based Training and Pan Mojado!

A lot has happened in my town in the month of April, my biggest event was an opportunity to host a Peace Corps Volunteer in training in my site, which involved riding with him from the bus terminal in Xela (the closest big town), and hosting him in my house for three nights. When I first lay my green eyes on the bus terminal in Xela, I was decidedly overwhelmed, though after having shuffled from my town to a number of other exotic destinations for almost a year and a half, I’ve become moderately proficient with navigating this transportation hub. 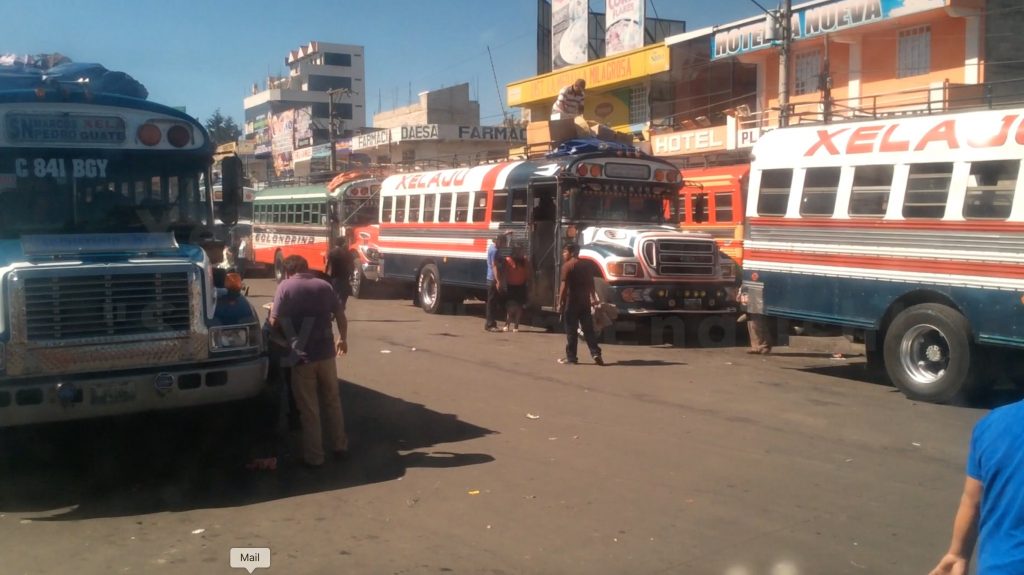 The “chicken buses”, which are sometimes filled to capacity (and beyond with people in the aisle) haul everything from plumbing parts to . . . well . . . chickens, are recycled schools buses from the United Staes. Some of them look like they were manufactured in the 1950s, and they all have been fixed up and painted a variety of different colors. 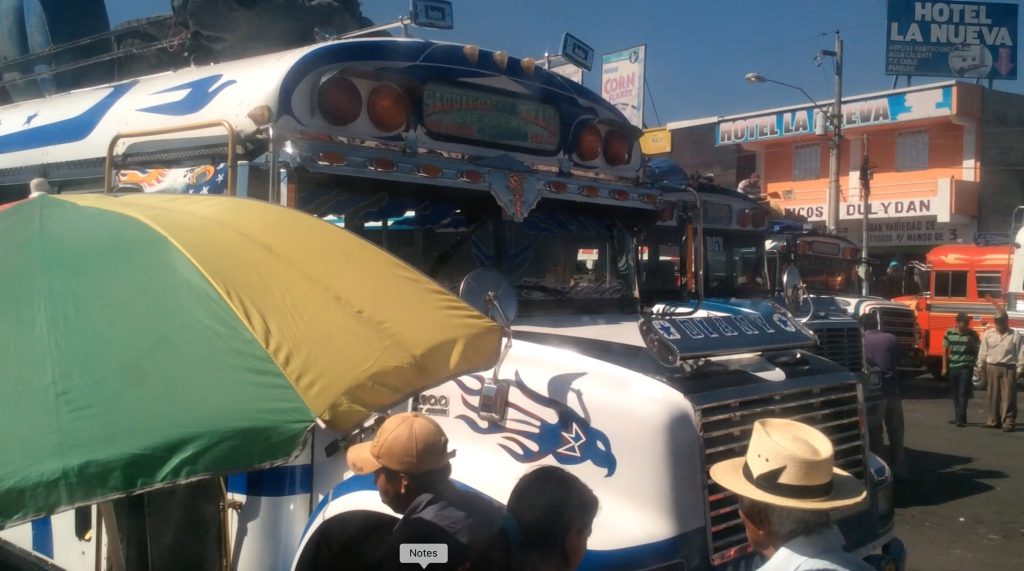 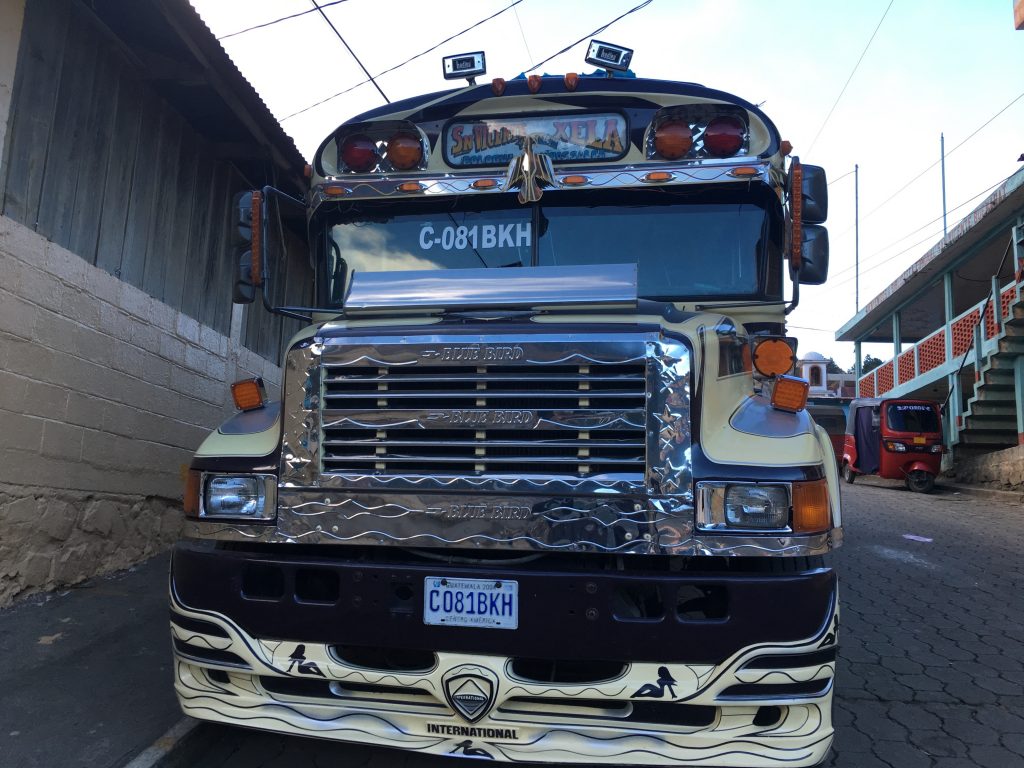 Many of the buses have a variety of stickers, painted slogans and other items reflecting the Evangelical or Catholic faith of the drivers, while some buses sport a solitary secular missive thanking passengers for preferring their bus company. I’ve always thought the “thank you for choosing us” slogan as hilarious for a certain bus that is the only one that passes through one of my outlying communities, and also because all of the buses (called camionetas where I live, though in other towns they are called simply buses with a Spanish accent), charge the same fare and people basically get on the first bus that comes, regardless of who is the operator, I know I do.

When I made my first trip to Xela oh so long ago, I nervously asked the driver, and his helper (called an ayudante) where the bus was going, hoping to avoid a trip in the wrong direction, though by now I can recognize the style and names of the buses that plough the patch-work quilt of dirt and cement roads back to my town.

I did my FBT (Field Based Training or maybe they should call it Free Buddy Time) in November of 2015 in a town with a similar climate to where I live now, and I tried to put myself back into the shoes of a volunteer in training who hasn’t yet experienced the rewards and challenges of living in the field. It’s hard to believe that I was moderately nervous before giving a health talk, and that during my first month in site I felt like I was dropped off in the middle of nowhere to try to survive in somebody’s garage, rather than the comfortable living space, and community, I think of as a home now.

Part of the FBT experience for my trainee was taking him to my women’s group where I co-facilitated a health talk (called a charla) with him, and we practiced using a Peace Corps PACA tool. He was a little nervous with the 24, or so, women who showed-up at the meeting. For me this was old hat as I frequently bump into the ring leaders of my women’s group everywhere: in the main part of town an hour’s walk away, at the health post, in the market, walking down the road or hitching a ride in the back of a pick-up truck and several of them came with me to a Peace Corps conference, so I was very much in my safe zone. I think the women enjoyed seeing somebody new, and they joked about dancing with my trainee and made other comments that made him blush as we exited the mud adobe house. 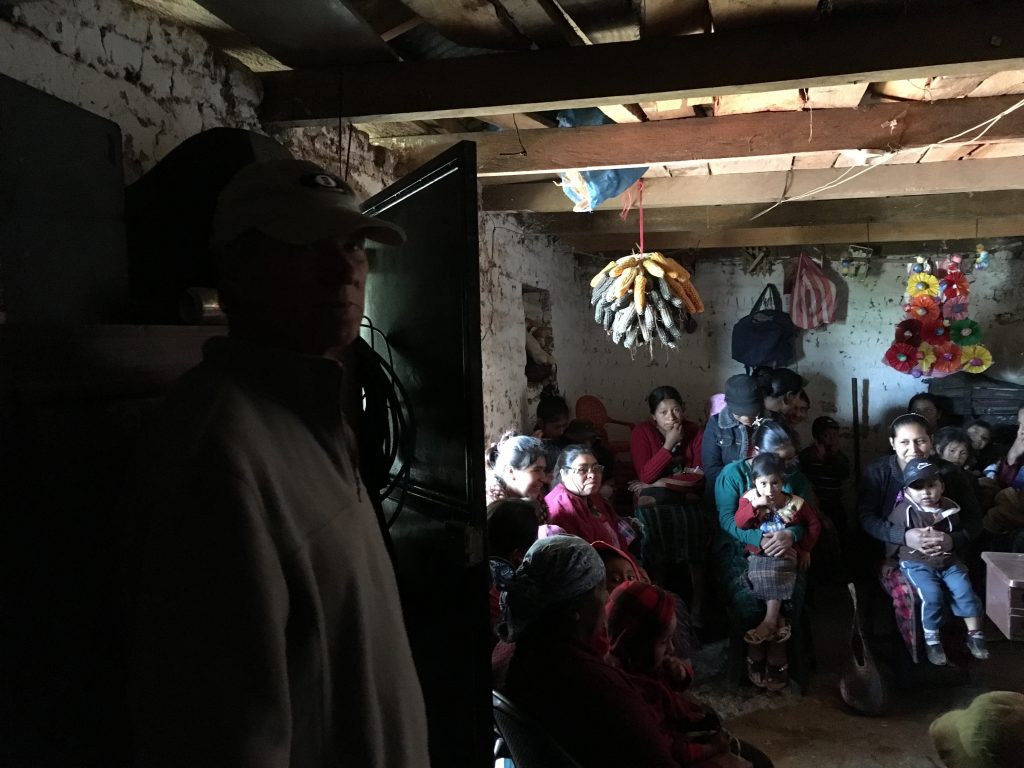 PACA, by the way, is a Peace Corps bread-and-butter development tool, which stands for Participatory Analysis for Community Action, and utilizes a variety of interactive exercises to engage a community group during a health talk so that I’m not just forcing information down their throats and quizzing them on their knowledge, but rather also learning from their experiences so we can move forward with planning everything from garden projects to future themes for upcoming meetings. We used the “story-telling” tool by asking the women about any personal knowledge they might have of a pregnancy in their community that had complications, and also by asking them who in their home decides the menu for the meals and how are foodstuffs chosen.

The goal was to grease the wheels for having substantive discussions about the health warning signs during pregnancy, (which many rural women in my community may not recognize or delay seeking medical care to their own personal risk), and about how families can change their eating habits to improve their nutrition.

Surreptitiously, during the week of FBT, the former MCH (Maternal and Child Health) volunteer in my site returned during this week of FBT to help with a project that a NGO was doing in my town, and I got to hear some of the experiences she had in my site not that many years ago. She also brought baby clothes as gifts for the pregnant women who attend the local pregnant women’s group, hoping that it would encourage women to come to these groups. Another former Peace Corps Volunteer who lived in a nearby town visited as well, and I gained the knowledge of her experience as an MCH volunteer as well. The fact that the former MCH volunteer in my town did a great job has helped me tremendously, and I first got a women’s group going because people knew that Peace Corps Volunteers organized such things in the past in their community. 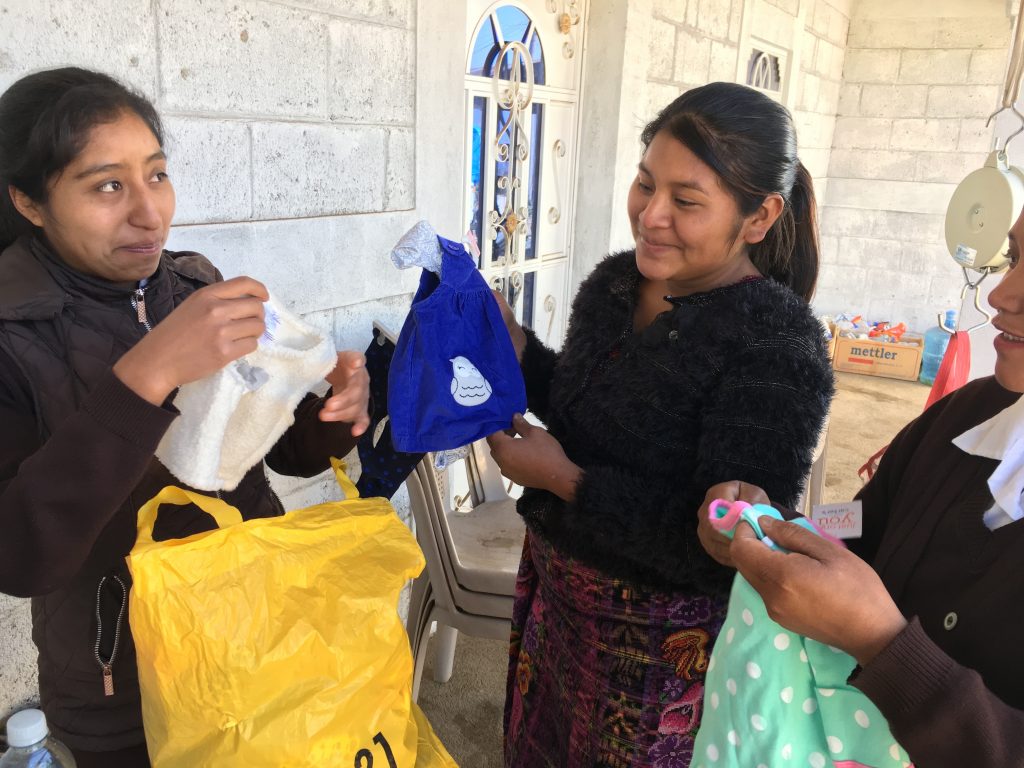 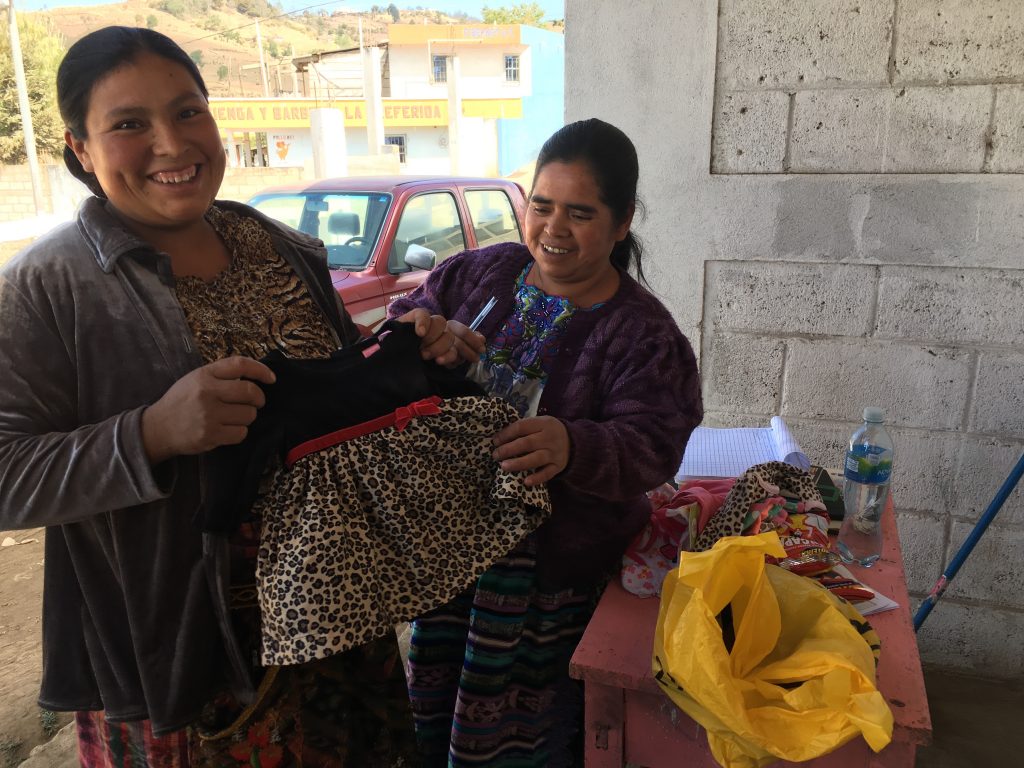 The former volunteer also visited an outlying community I’ve only seen in passing during vaccination campaigns and informed me that a woman, whom she mentioned in her sign-off note to me from 2015, stilled lived there and is interested in doing a women’s group with me. This surprised me as I tried this woman’s phone number to no avail, and when I questioned a health post nurse who lives in that community, she told me that the woman in question had moved to the coast! This is a mystery I’ll need to solve in the coming months.

Before returning my trainee to the regional office for a fun filled 3-hour shuttle ride back to our main headquarters, he also got to quiz members of the local health commissions about their jobs and investigate the Sala Situacional or Situation Room in our health centers that presents vital community health statistics, such as vaccination rates, in poster format. Hopefully, he also got a feel for what life is actually like for a volunteer in their site, something which might be hard to conceptualize from the lengthy, and more abstract, Pre-Service Training trainees sit through before being formally sworn in as a volunteer.

All in all, it was interesting to participate in FBT from the side of the experienced volunteer!

Also, holy week (semana santa) came in April, and I stayed in my site like last year, and my host family was nice enough to give me a small loaf of soaked bread or pan mojado! It tasted like whole wheat bread soaked in a sweet sauce and made a nice snack, though I didn’t eat it all at once. During the week preceding Easter, people will gift bread to their friends and relatives, and this includes pan mojado, or bread soaked in a sweet sauce. 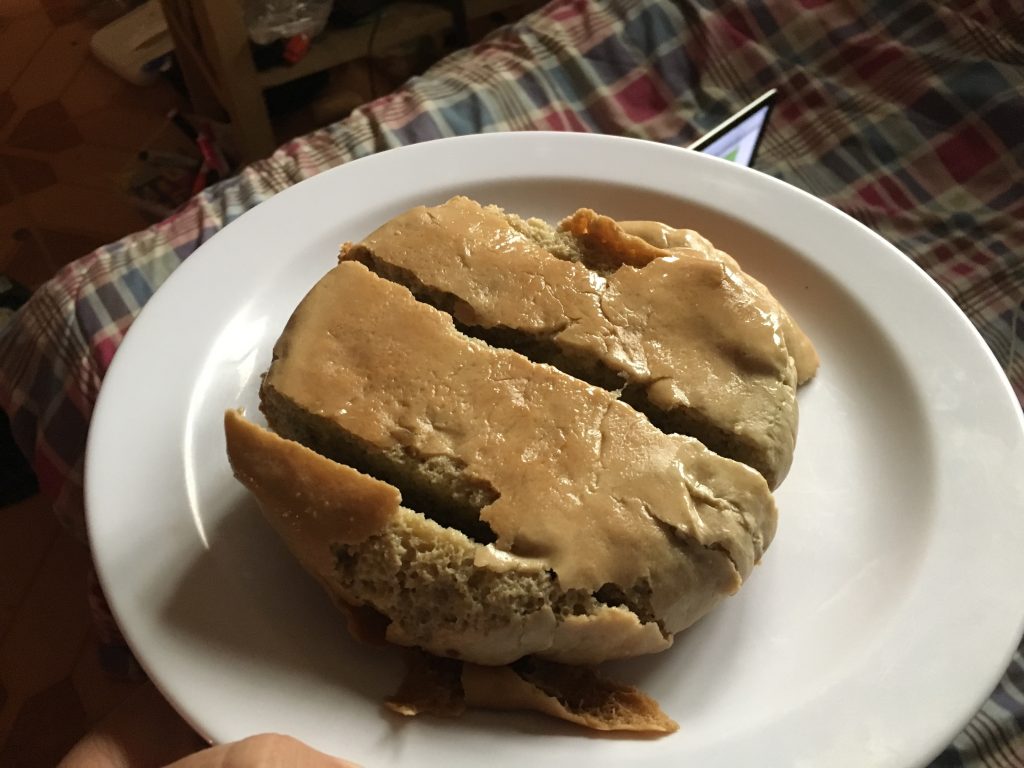 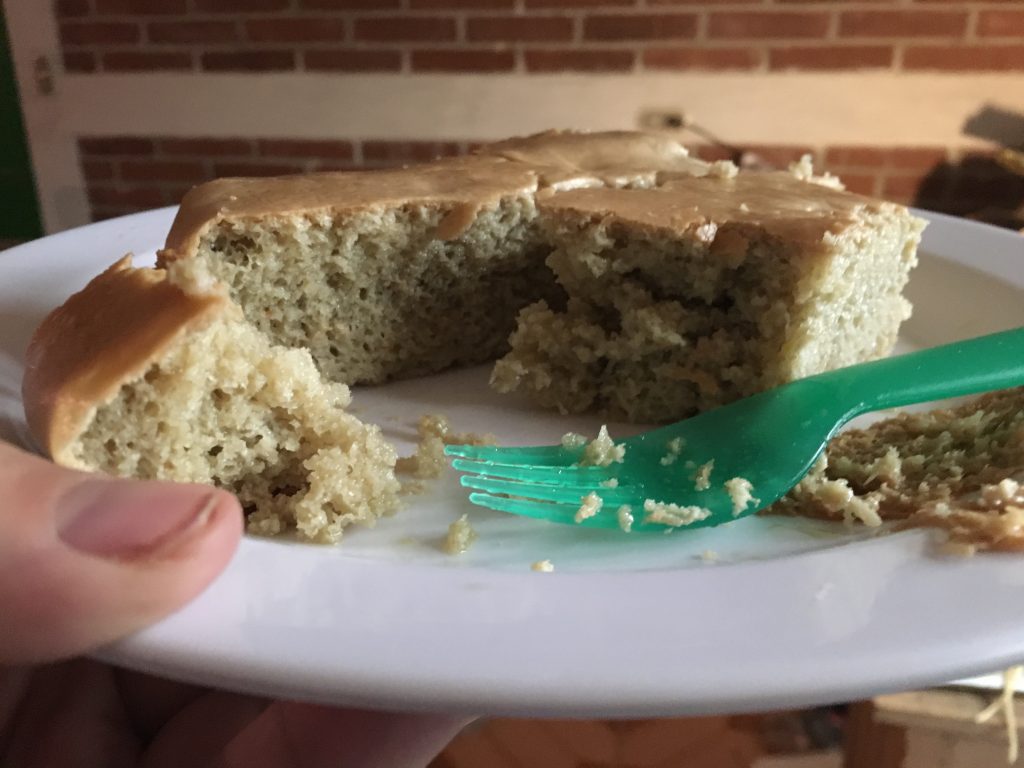 I believe it is related to a biblical tradition of showing hospitality to a guest in your house, and the custom was for the owner of the house to give bread soaked into soup to a guest in order to show them respect. Each year in my town, there are processiones during holy week, here are some photos from last year. The processiones march over “alfombras” (the Spanish word for carpets) which look like colorful house throw rugs, but which are really made with stencils and wood chips died different colors. 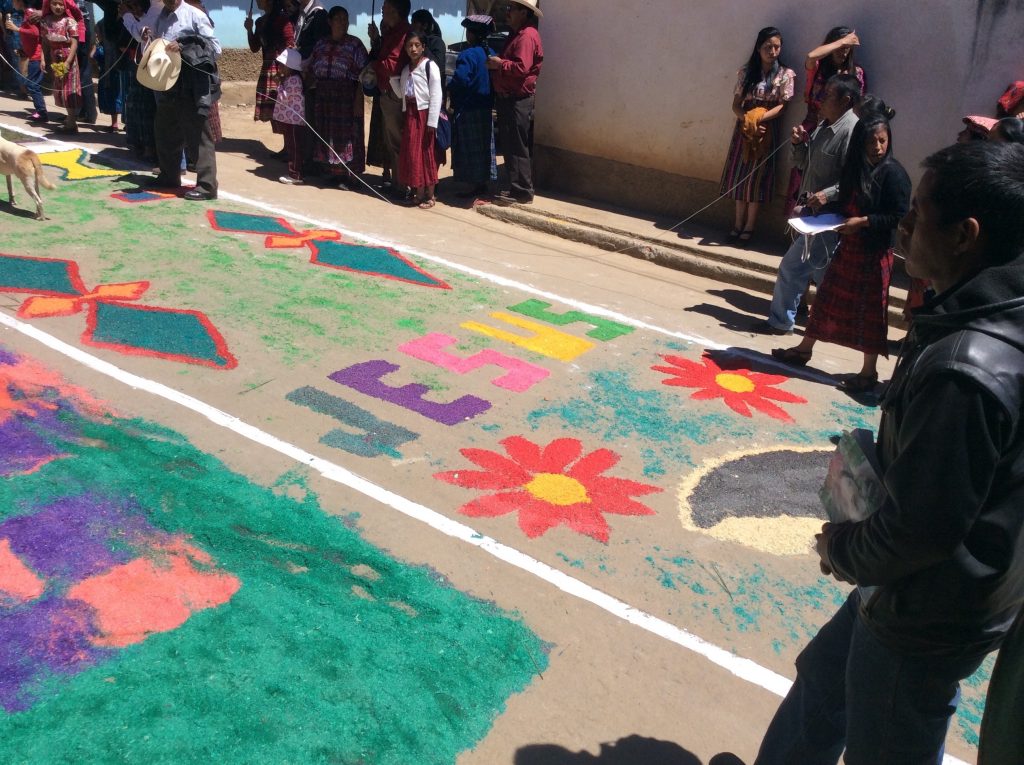 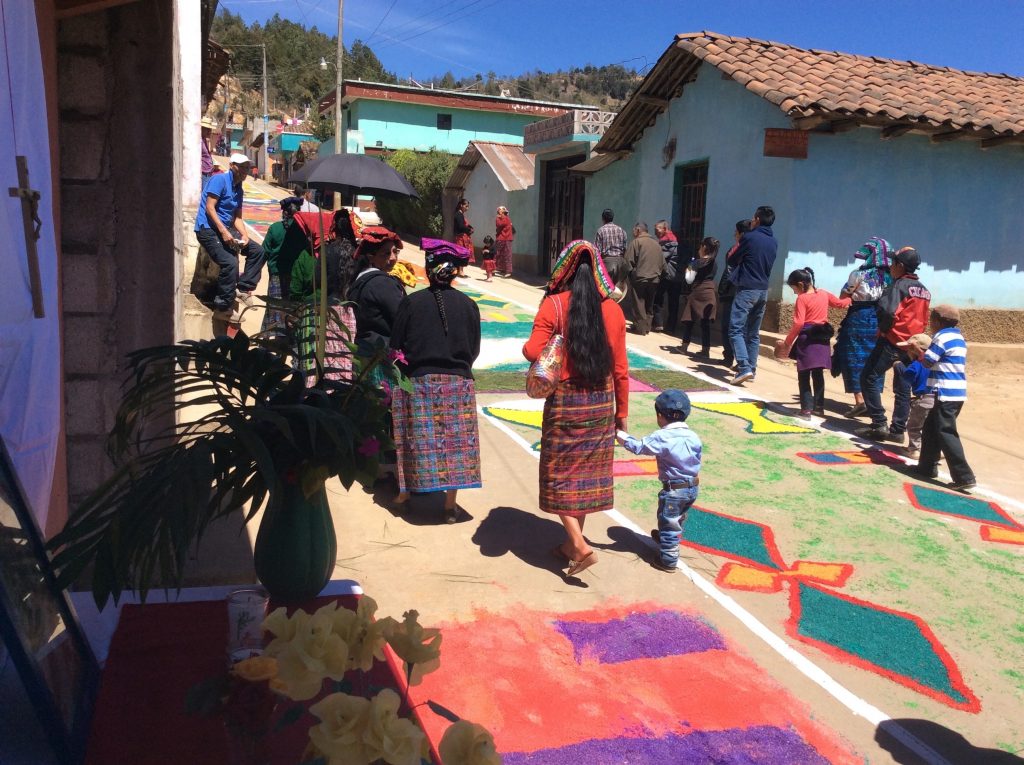